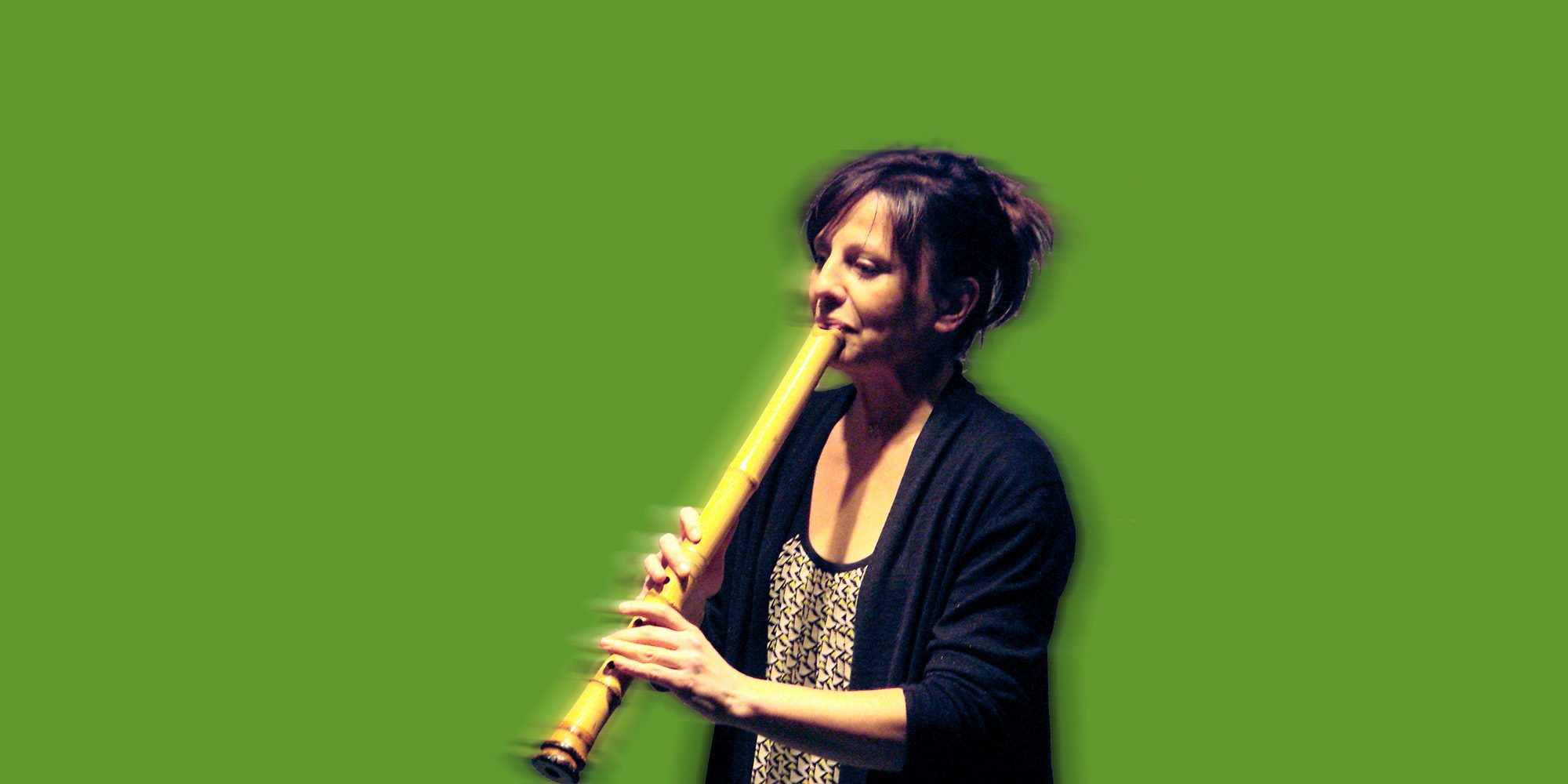 Emmanuelle Rouaud discovered the shakuhachi in 2006 and was fascinated by the possibilities of tone colour and sounds and began exploring the instrument.

Since 2013 Emmanuelle is studying the honkyoku and modern repertoire with Teruo Furuya, the director of the Kokusai Shakuhachi Kenshūkan (KSK) in Japan. Emmanuelle is also interested in traditional sankyoku ensemble playing and has received tuition from players like Gunnar Jinmei Linder and Keisuke Zenyoji among others.

Her interest in developing new repertoire for shakuhachi led her to a collaboration with French composer Henri Algadafe and premiering I thought About Eva for shakuhachi and koto at the World Shakuhachi Festival in London in 2018. Currently they are working on a new composition for electric guitar, electronics and 2.4 shakuhachi.

Emmanuelle performs shakuhachi music regularly, most recently with koto players Naoko Kikuchi and Gaho Takahashi, she also was one of the finalists of the honkyoku competition at the KSK’s 30th anniversary event in 2019 in Bisei, Japan.

Emmanuelle Rouaud lives and works near Paris, France. There she co-organises the annual Teruo Furuya/Mizuka Onishi workshop in Paris, developing shakuhachi classes in CRC Montigny-le-Bretonneux as well as teaches the silver flute (CRR Versailles Grand Parc) and offers shakuhachi teaching through her collaboration with jiari maker Thorsten Knaub at shakuhachi-atelier.